THIS IS MY FATHER

I have tried and failed to explain my father, his story, and all its nuance in under 2,000 words — a blog post. It’s not feasible.

But each time I start, I find myself back in the pages of Barack Obama’s “Dreams from My Father.” It’s a book I read in pieces years ago, but read from cover to cover in the months following learning I was donor conceived.

My dad is a man who wanted children badly enough that he sacrificed his biological connection to us just so we could exist. It’s a major juxtaposition of a man who grew up without a dad of his own.

My grandfather Clyde, my father’s father, died at the age of 39. Alcoholism. My dad was 7 years old, but his age was as inconsequential as the father/son relationship — it didn’t exist. His dad had left before memories could be framed without the aid of photographs.

So, what he remembers is a single parent household fraught with long stretches of discomfort.

From there on, he was a son and a brother, but more often in title only. In reality, he was the help. “Chuckie, the car isn’t starting, go fix it,” or “Chuck, come home. Your sister needs to move out of a friend’s house — tonight.” He recalls as a 12-year-old, getting a phone call from a bar nearby, one he knew, and hearing the voice of his mother on the other line. “Grab the car and come get me.”

In 1991, when my father was 33 years old, he severed ties from his family completely. We lived most of my life within a mile of his mother — a less-than five-minute drive — but were estranged for 22 years. The next time my dad saw his mom was in 2012 — days before she died.

Years later, I learned that the finality of the estrangement came from a twisted, vicious generational irony —my grandmother had mistreated me. And my father emphatically decided that he wouldn’t allow his son to endure what he had, another unwitting whipping boy.

I was six years old the last time I saw my grandmother, and all I know of her is a truth that floats in the stink of her cigarette smoke — that I was an afterthought. 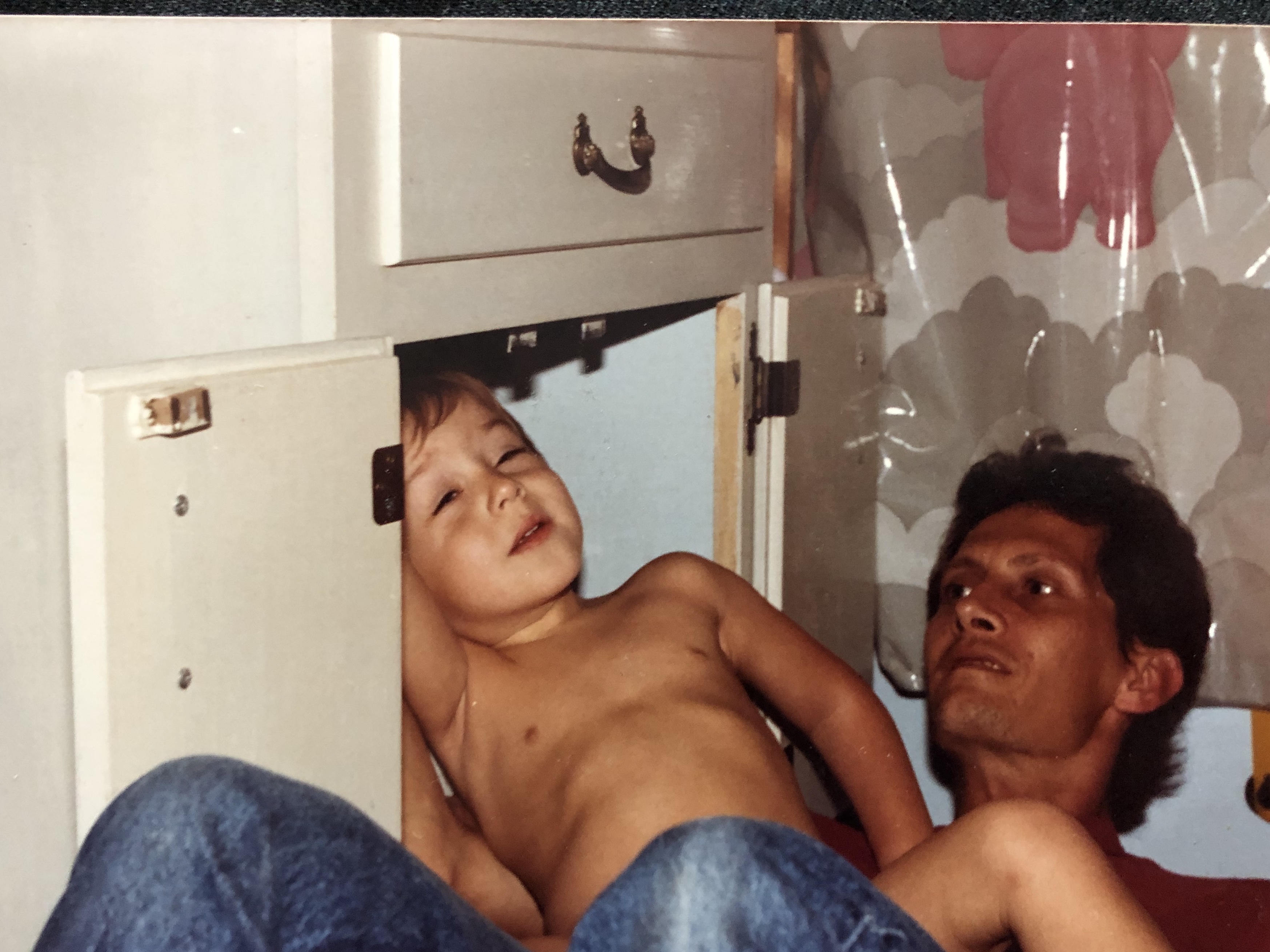 “They said sometimes it takes up to a year to get pregnant; don’t be concerned, don’t be worried. You just need to relax and let life happen.” My mom is speaking, seated next to me and my father in their living room in Rochester, recounting a conversation with their doctor in early 1980.

Early on in their marriage, my parents had learned that my dad had low sperm count. No doctor had told them it was a non-starter for starting a family at first, but as year one became year two with no pregnancy, doubts mounted. A second opinion was less optimistic and more straightforward. It was early 1981 when their last drop of optimism was washed out: “I’m sorry,” the doctor said, “but I don’t foresee it happening. It would be a very rare possibility for you to conceive.”

A knife to the heart.

My mother, 21. My father, barely 24. Infertile at an age when my biggest concern was how quickly I could make it to the bar before happy hour was over.

“Four or five. Mom wanted an odd number, I wanted an even number,” dad says. Kids — four or five kids. “The plan was a honeymoon baby.”

It never came. The words “a very rare possibility for you to conceive” landed like a bomb. “It was devastating,” my mom says. “We always wanted to carry our own children, we always dreamed of this. I couldn’t imagine my life not having this.”

About 9 percent of men and about 11 percent of women of reproductive age in the United States have experienced fertility problems, according to the National Institute of Child Health and Human Development. I’d wager that in 1980, while those numbers may have been similar, the degree to which people openly spoke about fertility issues was lower.

And that says nothing of how difficult it must be to endure fertility issues — let alone to speak of them to others.

My parents, and countless couples like them, often mourn alone. 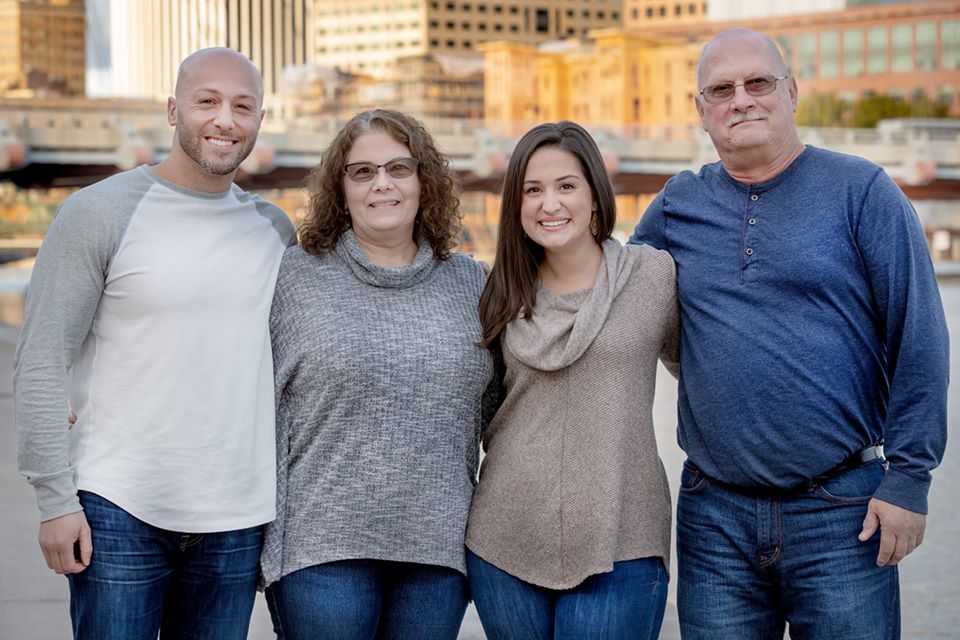 The stories in our lives are just that — stories. They’re not just a living record of facts, but rather a careful, deliberate packaging of those facts in a way that creates a narrative of a life worth living.

In my experience, though, I’ve only seen the life of men, and their stories, measured in death. Ironic. What about a man, should he be worthy of reverence, is best saved for the days when he’s gone?

I don’t have a good answer to that question.

But my father. His beginnings, his shortcomings, his missing pieces. Him. I don’t want, and can’t wait, to make sense of him when he’s gone. I need that now, to revere him now.

So he’s all of this. An ostracized son. Fatherless. A man who endured job loss. Financial hardships. Depression and self-sabotage. A man who lobbed half-baked efforts at communication for most of his life.

His expectations are me.

“I had a son and he could carry on the Berry name,” he said to me a couple of weeks after the DNA story reveal. “And I could re-mold that name and have it mean something. We just wanted a healthy baby; 10 fingers, 10 toes. We were happy. But I’ll admit, the exhilaration went up for me because I had a son who could carry on my name; I was the only male in my family.”

I am a Berry. But it’s become clear to me now that my father never put much weight in the name until he could give it away. To me. And now, I am not just a Berry, I am the last Berry.

Maybe he views his own life, absent of my sister and me, as a collection of might-haves. He isn’t a titan of industry or a community figurehead. His chosen career path — toolmaking — abandoned him. He struggles through long bouts of self-doubt, of suffocating darkness.

I have the good fortune of seeing — knowing — that those contradictions have answers. My father is two disparate men, but they are wrapped into something that’s undoubtedly been made whole.

He has sacrificed at every signpost in his life. The loss and absence of his father. The mistreatment at the hands of his mother, and occasionally his sisters. He put himself aside so his kids could have a relationship with a family he battled with, and it imploded anyway. He lost his job, then his livelihood. He battled depression and never knew how to say even that much.

And these are only the crumbs left over from stories I do know. 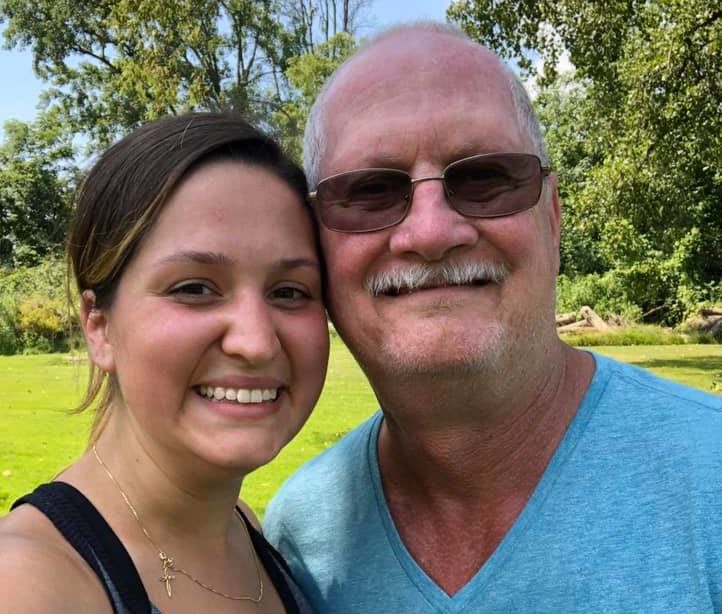 He chose to have the sperm of another man give life to the family he’d wanted and never had, and then trembled in fear that all of it — all of it — might be for naught on the night he called to tell me the truth.

I like to think I have had something to do with his recognition of himself, or at least his ability to see me at peace with myself, as an extension of him.

But that’s how it’s always been. My dad feels most seen, most illuminated and revered, when the light is shining neatly, clearly on his two kids. And in those moments, I know he has found peace.

I have always loved my father, but rarely understood him. But now, through the camera lens of retrospect, I see him as clearly as I ever have. Certain personality differences between us finally make sense, as does the fact that his jump shot is still better than mine. Biologically, it was never meant to be, which only slightly softens the blow.

Instead of separating me from him, though, these differences draw me to him.

I judged him for not expressing himself, and only now do I have enough context to appreciate and understand it. He wasn’t built like me, at a cellular level, but our greatest differences were in how we were raised, in how we perhaps felt comfortable expressing ourselves at all.

Unlike him, my father was present. I was encouraged to read and write, to share what mattered to me, and he nourished the only imagination I had. He received no such support. And then, when he tried repeatedly to hold up a crumbling bridge between himself and his family, only for my sake, he watched it crumble around him, this time not just at the expense of himself, but of his son.

And then, years later, he was told in no uncertain terms that he would never father his own children through natural means. And he suffered privately, as most men do, but went through an unnatural path just so he could finally have his own family, so he could raise his own son.

So he could be the father he never had.