August 18, 2018. Being told in your early-30s that you’re donor-conceived is not a conversation that happens once, then disappears into the abyss. Not even close. The questions of origin abound, then they shift and eventually reappear. Days at a time. Weeks at a time. In some ways they never go away.

Yet an irony of learning you’re not your father’s biological son is that you always have a clear answer to a profound question. “How badly was I wanted?”

The answer for me has undoubtedly been near the top of the scale.

But nothing else is as clear, down to the toddler-level questions of “where did this baby come from?”

I came home to tell dad about it and was excited to tell him. I’d be able to carry our child. And I considered that we didn’t have to — or want to — come off the adoption list. The combo of doing both would be like a two-fer; we could start and grow our family.”

Except, her excitement wasn’t immediately shared by my dad. “To be honest with you, I couldn’t tell you when I came around to that. It could’ve been right away.”

Mom shakes her head no.

He weighs it. “I was probably still in my head about not being able to father a child.”

It didn’t take long for a change of heart, though. Mom says it was within the week that he came along. Much quicker than I’d have guessed.

“It could’ve been something I saw or read; it said you don’t have to father a child to be a father, or someone told me. I got to thinking about it,” he continues.

“You don’t have to father a child to be a father.

Because I would’ve been a father to a kid I was going to adopt. And obviously, I said yes.”

He smiles at me. Pride.

They started the procedure, which was in fact a process. It took about a year. “I didn’t need hormones; it was me doing my basal cell thermometer every day,” mom says. “And once I was ovulating, I had to call the doctor’s office. It was a two to three-day window. I’d have to get into the office to be…” She pauses, gesturing with her hands. Yep. I get it.

“I went with mom every time, so I’d feel like I’d be a part of it,” dad adds, and it only furthers this real-time humanization I’m seeing of him, like he’s being colored in and brought to life before my eyes.

Finally, closer to a year after starting the treatments, they got a phone call they’d been desperate for, dreaming of for close to five years. Early January 1984.

“To say your dad was emotional would be an understatement; he was like a puddle on the floor,” my mom explains. She looks at him, love in its purest form. 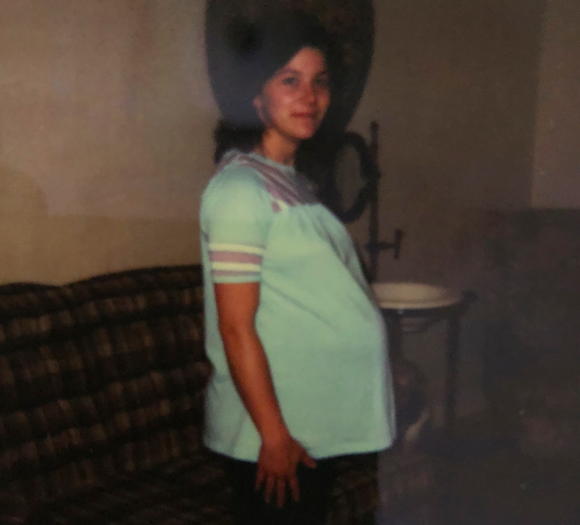 And in her eyes, I can see once more why we tell our stories. They replenish life in us, and open the windows through which life passes from one to another. I see my parents right now, in a way I haven’t before.

I’ve had eight months to digest the undigestible, and the last words of that quote hang above me like a raindrop on a ledge. “Stories can also repair that broken dignity.” I’ll never know the weight they carried, if their self-respect or identity had wavered in the becoming of me. In this moment, though, I see the restoration of a damaged story. Not for what it lacked, but for the players who’d felt they were perhaps damaged because of it.

“We didn’t know what we were having and our doctor didn’t do ultrasounds for gender. She was a no-nonsense lady in that way. ‘That’s unnecessary intervention,’ she said. ‘Only do a test that’s meaningful — and gender isn’t.’”

It turns out, up until the day I was born, they didn’t know if I’d be a boy or girl.

“I remember thinking ‘we want kids, we can have kids this way,’” my dad recalls. “We were excited about it, that mom could carry the child and it would still be a natural birth. Let’s put it this way — we’d waited so long, we were truly, over-the-moon excited. From the time we knew she was pregnant, nothing about that excitement changed because of how we did it, and we never wondered otherwise [about who you were to us]. 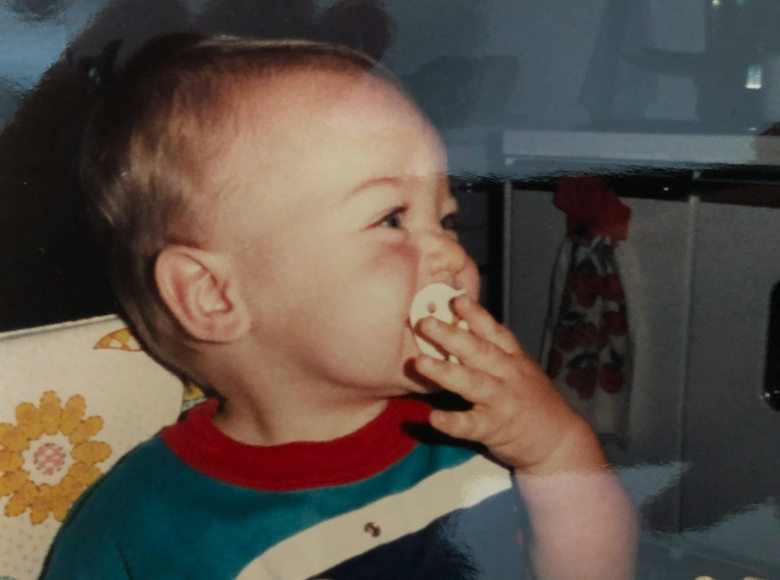 Three families waited on one side of the wall with fears and hopes, all brought to the altar of a want that could be cured only by that which took place on the other side of that wall.

Then, 30 some-odd years later, here you are. All of you. You are a family in the least conventional way, and yet, it’s the lack of convention that assures your tightly chained sense of self to now be irrevocably tied to the next link. Your brother. Your sister. Their wide-eyed parents.

And a re-introduction to that question you picked off the shelf just long enough to dust it and put it back.

Where do I come from?

11 months have passed since I unceremoniously learned that my dad isn’t my biological father. 11 months to to day to bring to a warm, happy climax to a story which just as well could’ve been filed away without one.

It peaks here in the meeting of 11 would-be strangers, who would be just that — strangers — if not for the inextricable link of donor sperm.

It’s August 18, 2018. There’s me, my brother Thomas, my sister Morgan, and our respective families. Lynn, Thomas’s mom, Marlene, Morgan’s mom, Jared, Morgan’s husband, Brandon and Carly, Morgan’s kids, and Sarah, my sister, and her boyfriend, Mike, and Karen and Chuck, my parents.

We’re all in the same place. The same house. The same table. Finally.

11 months ago, the idea of any of this—was a total outrage. Siblings? Sperm donors? Mashing all three affected families together in one beautiful, poetic and unlikely dinner party?

This has become my life.

Admittedly, I didn’t come to any of this in search of resolution to a deep dark secret, or in a relentless search for long lost family. But that’s what I got. It took 11 months to the day to achieve a singular moment since my reality unraveled where I could say “and now, all’s right with the world.”

This was resisted. This was fought for. But in time, I was able to ease the players on my side into the truth and joy of my new reality, if not at first, at least in increments. So it was 11 months in the making, but in truth, it’s been so for more than 30 years.

I have few moments as an adult that have brought me greater joy. Our three mothers and my father, all sitting around one table, under the falling sun of a pleasant August night when the world had made other plans and ours are all that are.

And just on the lower side of the deck, 20 feet away, are my sister Sarah with my brother Thomas, and my new sister’s husband, Jared. Morgan and I stand side-by-side as our worlds crash to our left and our right, and we know that our lives have come full circle.

Our families are one now.

I sleep as soundly as I ever have that night, wrapped in blankets that cloak me in peace.

At 7:00 a.m. the next morning, I roll over to pause the alarm on my phone. There’s a text from Thomas, to me and Morgan.

The rest of the text reads like a practical joke.

“We have another sibling. Twins, actually.”