THEN THERE WERE FIVE: A CRISIS OF IDENTITY

HomeBlogTHEN THERE WERE FIVE: A CRISIS OF IDENTITY

“The trauma said, ‘Don’t write these poems.
Nobody wants to hear you cry about the grief inside your bones.”
― Andrea Gibson, The Madness Vase

I went to bed last night thinking — knowing — that down in my bones, I’d been healed by whatever had wrought damage on me in the first place.

The word feels loaded to think on, let alone grab hold of and relocate to your lips. An utterance of trauma is the open gate to vulnerability. Sure, it’s a fool’s game to think that holding your trauma inside makes you less vulnerable, but you know for certain you’re at the mercy of the world around you when you speak it out-loud.

Trauma. 333 days had passed before yesterday and the day this DNA saga first nested itself in my belly. In the days and months after, I smiled. I laughed. I joined every “yeah, it would be crazy if this was a Netflix special!” conversation with aplomb.

And I weighed privately if what I said to be truthful could convince the doubting rest of me. I wasn’t okay. I was doing the best I could.

Who wanted me to answer their inquiries with “sometimes for no reason, I sob uncontrollably”?

But the good intentions always came; “I’m here for you” or “call me if you need me.” Privately, though, I feared that my burden was too big or too unusual to cast upon another. So I kept my trauma close, beckoning in the cancerous mass that might destroy me from the inside unless extracted. 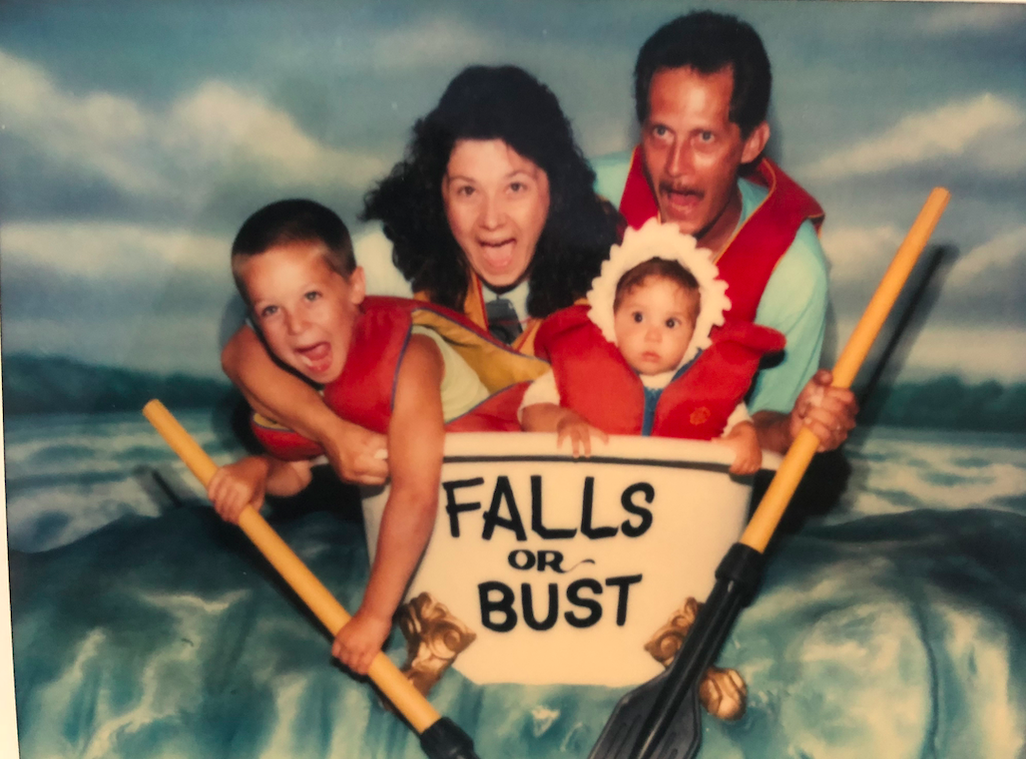 What I really wanted to say was: I don’t know if I’m okay. Okay? I know I’m supposed to be. Saying so will give comfort to the people who know less about how to handle this than I do. No, I haven’t lost anyone. But I’m sobbing at errant thoughts of my sister. Sobbing because even if our love remains unchanged, someone took a part of her from me that I will never have again.

And I know that matters.

This isn’t a zero-sum game where a rational evaluation of the positive outcome equals one absent of consequence. I am on an island now, the only one in my family made up of these pieces; the other pieces are living in bodies that belong to strangers that aren’t mine either.

Everyone is still here, but parts of them are no longer mine. I am alone. And I don’t know what to do with what that feels like.

“The trauma said, ‘Don’t write these poems.
Nobody wants to hear you cry about the grief inside your bones.”
― Andrea Gibson, The Madness Vase

Last night, I was inundated with a foreign joy. What had challenged me over the course of 11 months had been granted divine healing before I went to bed. Seeing my people with Morgan and Thomas’ family was as satisfying and familial as any experience I could be so bold to pray for.

And it was stricken from me the second I saw Thomas’ text: “So, I woke up to a message on 23 and Me this morning. We have another sibling. Twins, actually.”

But the numbers are there, the irrefutable proof that we’d become all too familiar with since being initiated into this fraternal order. Twins. Sisters. They’ve arrived less than 10 hours after thinking, believing in my core, that I had laid to rest these questions of identity by wrapping them in the expanded love of two other families.

Instead, I am staring at a miracle in one hand with a practical joke in the other.

Thomas explained that he’d only matched with one sister, a girl named Amber. Her parents were both in medical school residency at the University of Rochester in the early-80s, and when fertility issues had popped up, they were already in the best place to handle them. At the same hospital. Amber explained that she and her twin, Meghan, were born in Rochester, but had relocated at the age of two when both parents finished their residency.

They’ve lived in Tempe, AZ ever since.

And like me, they’d lived their entire life not knowing the truth of their origins, until a DNA test told them so. Ironic — the one person among our new fivesome whose story is most like mine is the one to throw my hard-fought joy off its axis just by existing.

Without yet knowing I exist.

She’d brought with her an earthquake that cracked at the footing below me by simply asking the same question I’d asked:

Who am I really?

It’s 9:00 p.m. I’m still in Rochester, NY under my parents’ roof for two more days. A flight back to Miami is ahead. But right now, there’s nothing in my mind but the inability to form a thought. The same detached, floating head feeling that overtook me on the night I waited for Sarah to learn the truth has taken me over again.

I am numb in the limbs.

My emotions are intensifying with an explanation I haven’t pinpointed. But I know that the Cliff’s Notes version is a simple one: I don’t know what to make of who I am. Who I am is at the mercy of the cloud storage spaces of Ancestry.com. And I’m an ounce of stranger’s spittle away from that cloud being called upon once more.

I ask my mom for the keys to her GMC Terrain parked in the yard.

As a teenager, that would’ve been a white lie wrapped into an excuse to go see a girl. But clearing my head is as true a reason as I’ve thought of. Clear it of what, though, I don’t know.

20 minutes later, I pull into Highland Park, a half mile from Highland Hospital. I was born here. I haven’t chosen this park on purpose, but the symbolism isn’t lost on me — I’m suffocated by questions of self, and I’m steps away from the same building where I entered the world.

Few lights illuminate the park, but there’s rare beauty overhead —stars. I walk through gardens dancing with lilacs and a statue of Frederick Douglass, lost in the contrast between earth-moving icons and, well, me. Am I being melodramatic? In the scheme of things, staring at the edifice of an abolitionist, it feels like I am.

But downplaying what I feel will do nothing to minimize the fact that I feel it at all.

Here’s something I know: There’s a degree of magic in how we get here. Couples make love and create something more beautiful than what brought them together at all. Life. And up until this morning, I felt the magic of knowing I was loved and hand-picked. Wanted desperately.

Like a war tank, the term ‘assembly line’ sideswipes my conscience with shrieks of twisting metal. When there are three of you, it feels like serendipity. The world’s peace offering for derailing the underpinnings of your family.

But now there are five, and a slap-in-the-face that if there are five, then there could just as easily be 10. Or 20. I’d read somewhere that 26 million people have taken commercial DNA tests — less than 0.5% of the world’s population. How many of us are there really?

It’s just before midnight. I decide it’s time to venture home, knowing that my hours of introspection have taken me only as far as knowing this cascade of new discoveries will rage on until I’m dust.

I’m no longer in control. I never was.