Two more years have passed since this original piece was sent to David and Thomas via email on the first night of Hanukkah as siblings. In the years since, I am slowly gaining experience with my family in our holiday traditions. I can sing the blessing without much of a stumble, retell the story of the Maccabees, and make sufganiyot, although my latkes are hit or miss.

As the number of Hanukkah texts to siblings grow each passing year, so does my sense of belonging. There is a deeper understanding of the heritage that is woven deep into my DNA, familiarity of spinning the dreidel with my children while the candles burn on our Menorah, but more importantly, there is a family that has developed around me. Built for many on a scaffold of hidden truths, tears, painful revelations and fear, we have built a new kind of community joined by a deep rooted need for belonging, love, comfort and relationship. We share an experience that can only be truly understood by one another.

I am no longer an only child. I am sister. No longer just by DNA, but also by relationship. The theoretical faces of potential siblings have real photos in my home. Real voices on the other end of the call. Real love in my heart. These people are my family and I belong to them. Although I have yet to fully understand the larger community we all come from, I am grateful to have them by my side as we continue to understand our truth.

So from my Chrismukkah family to yours — Happy Holidays! 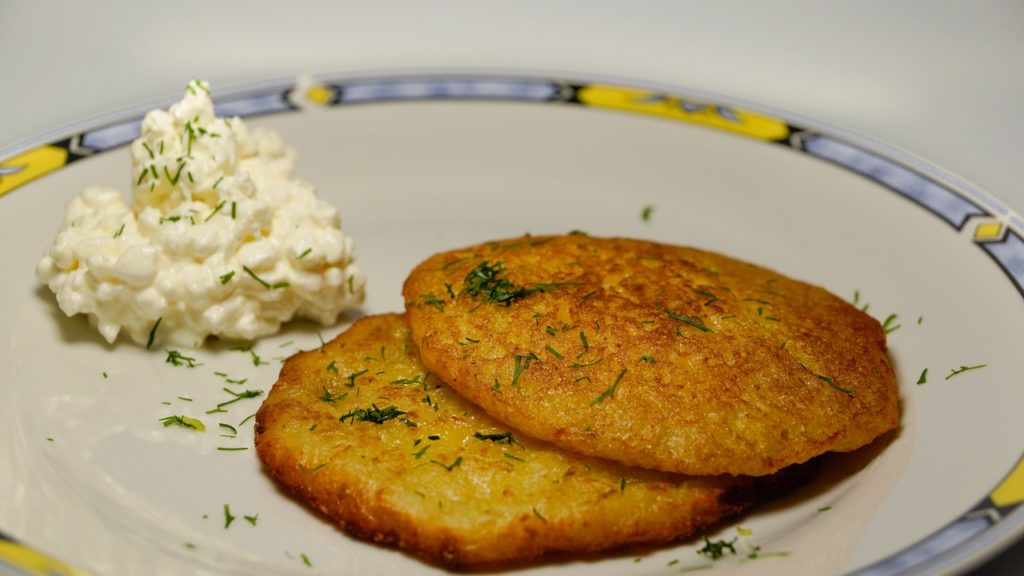 December 2017: Something felt a little fraudulent ordering my first menorah off of Amazon at age 31. Like the “Intro to being a Jew” kit equipped with all of my Hanukkah essentials would give away all my life’s secrets. And of those there were many. Teaser Number One: I misspelled ‘Hanukkah’ on the first attempt in the search bar. I don’t even know how to spell Jewish words because I am not even Jewish! Well, at least I wasn’t. I wasn’t raised Jewish, I am not of Jewish faith, and until five months prior to my first attempt at Hanukkah, I didn’t even know I had an ounce of Jewish heritage running through my veins.

I was raised mutt. Proudly so, according to my mother as we were a “lil’ of this and lil’ of that” and white enough to stay the hell out of the sun. The truth was that very little emphasis was placed on heritage because when I was eight, my parents told me my father could not conceive children due to an accident and I was graciously conceived through a donor program after years of fertility treatments. No information was available about my donor or heritage, the only request of my parents being that the donor match their “lil’ of this” caucasian ethnicity.

Three decades and a multitude of technological advancements later, I dropped a vial of my spit into an envelope and went to work.

Things like those tests take precisely the amount of time for you to forget you’re waiting for the results to arrive — and then they do. In my scenario I was “not reading emails on my phone” during a meeting when I learned I was Jewish. 49 percent to be exact. Such an exact percentage that it could only mean one thing, and one thing only: my donor was Jewish. 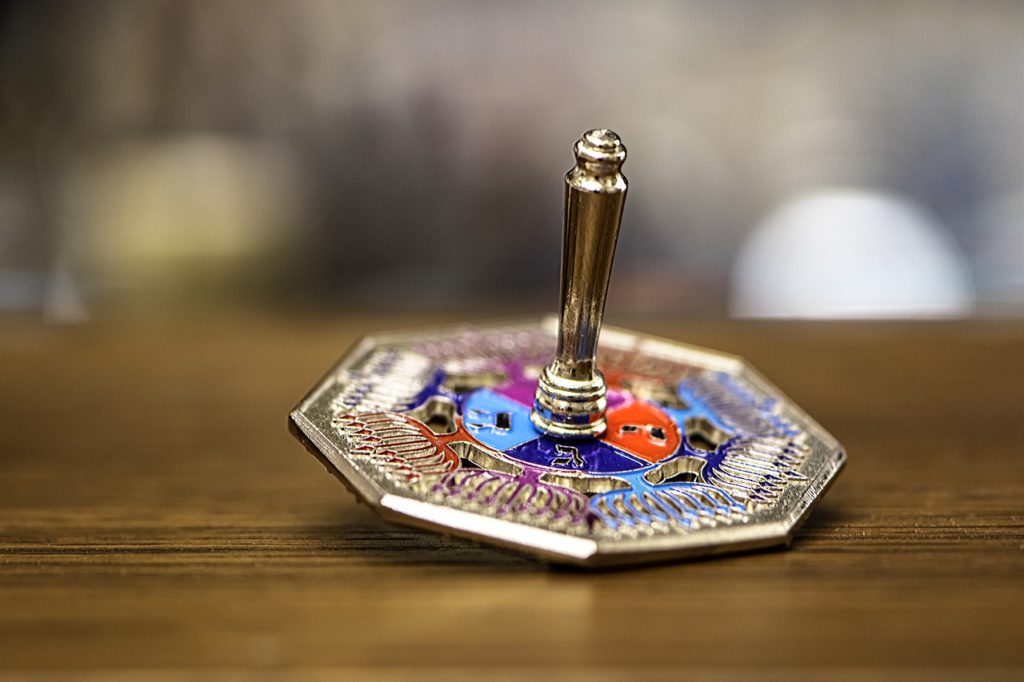 Expectations are often things you may not realize you have until they are not met. Or perhaps in my case, exceeded. If this test was going to give me some kind of identity for my donor, I had expected the results to be inconclusive. “A lil’ of this and a lil’ of that” — nothing to trace back to who he was. Nothing to give me something so concrete as an identity. But this — this was something almost tangible. Something I didn’t know I wanted — or almost needed until it was felt. And in truth, it was not about him, but about me. It was about being the girl in eighth grade with no family recipe for the family heritage project but my grandmother’s apple pie.

About looking just like my mom, all but my nose.

Having something, being half something, being Jewish. It felt so grounding, like there was an untethered rope inside of my identity flailing about and this little $99 vile of spit just tied it deep into the earth.

It wasn’t at that moment I decided to jump into being a Jew. Nor have I since that moment, for that matter. But children have a funny way of bringing importance to tradition, and they also have a hard time understanding the word ‘no.’ My kiddos were very excited to learn that they were a quarter Jewish (please enter Adam Sandler’s Hanukkah Song…!) and of course they decided that we needed to add Hanukkah to our holiday traditions. Mommy not being raised Jewish, nor my lack of knowledge or experience did not seem to be very convincing. They asked over and over for a menorah until the fateful day I found myself googling (and misspelling) my Hanukkah essentials kit.

To further matters of my “fake Jewishness” my children told their teachers at school that we were celebrating Hanukkah and as one of our rural town’s newly appointed resident Jews, I was asked to bring in our menorah and read a story to the classroom.

I was afraid that the teachers would see that I didn’t have it in me…whatever it is.

I felt like a fraud, wanting to participate in something that felt deep and meaningful for me and my children, but lost and ultimately less connected than I felt before the whole season had kicked off. I started to worry that I was being culturally disrespectful by trying to practicing something I was just barely learning about through self led navigation.

One evening, after sharing my concerns with my mother, she began to question why I was doing this. What was the motive? If it was bringing up so many fears of not being respectful, not doing it correctly, and confusing my kids, why was I doing this? Moms are good like that — hitting you between the eyes with the hard questions and forcing out the real truth. So here it was —the real truth. The BIG secret. It was not that I might be a fake Jew and people would see it, nor that I can’t even spell Hanukkah. It was not even my potential cultural disrespect by trying to Google teach myself “how to be a Jew…”

The real secret is that somewhere deep inside I felt that they were out there: my family was out there. 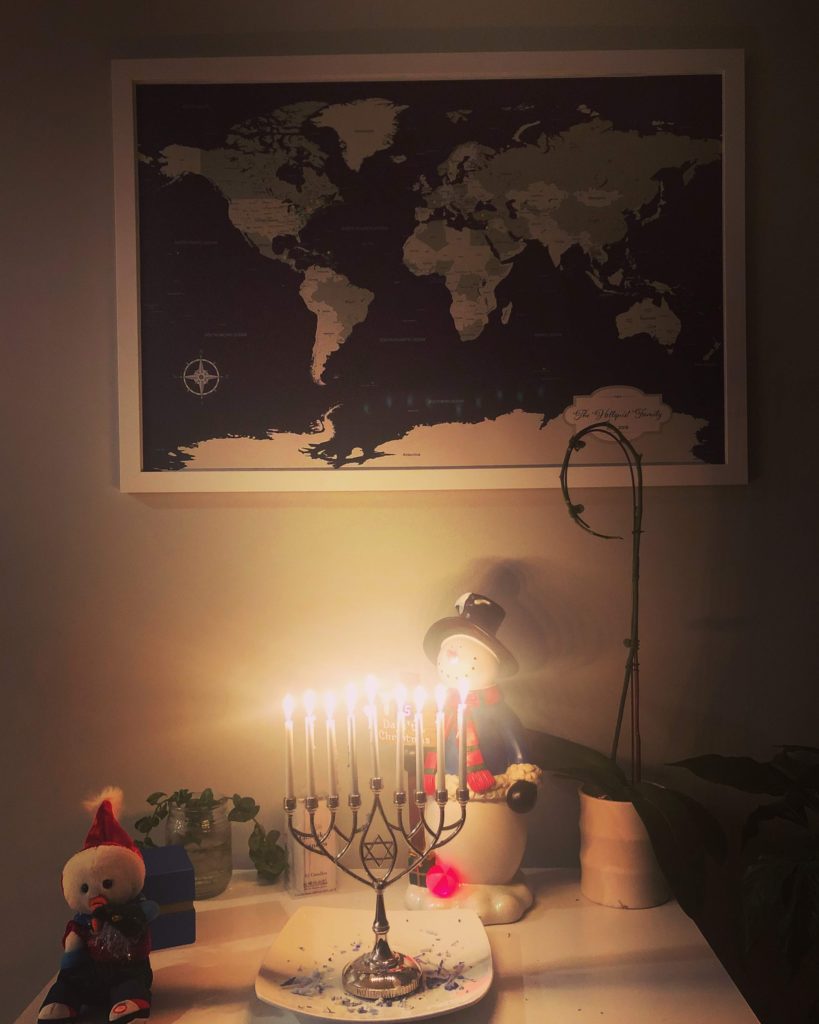 Truth is said from a different place. Somewhere deep within and usually blocked by fears so deep that it keeps our mouth shut. When I said these words and the tear ducts sprung into action like Ol’ Faithful, I knew I’d hit one of those big chunks of truth. A huge part of me became tethered into place when I found out that I had a heritage to identify with. But with that, something else came loose — the ancient untold longing for siblings. The quiet curiosity that they may be out there somewhere had begun to rebuild inside of me. Being an only child, I had countless days fantasizing about what it would be like to have brothers or sisters. It has always lingered in my mind that my donor could have donated more than once, or that he may have children of his own and out there, frolicking amongst the masses as my unknown siblings.

I know it didn’t make sense and perhaps was irrational. But if my donor siblings were out there celebrating Hanukkah, I wanted to be a part of it. In my heart I knew that I would never have a way to find them and experience family or tradition together. But if I could participate in this one thing that they must celebrate…I could know that for eight nights, at sundown, we would be doing the same thing. It brought me a sense of connection and kinship to family that intuitively I knew was out there somewhere.

So for eight nights we lit the candles.

We butchered the Hanukkah blessing (but I tried!), and tried all of the Kosher candy our local grocer sold. I learned to make latkes and the whole family learned dreidel and every night I felt a part of something much bigger than myself.

So my first year as a Newbie Jew was kind of a mess. But it was beautiful. It held all of the intentions of love and family and culture that I wanted and respected. And I think God heard me. Or the universe. Or the fates of the DNA world are just funny that way, because this year, the story is different. I have those beautiful siblings who may or may not know anymore about being Jewish than I do. But they sure know about love and family and the wild ride our stories have taken to bring us together.

So those candles on the menorah may not work like a birthday wish, but for this girl, Hanukkah wishes really do come true. — Morgan