In my DNA and sperm donation journey, I ended up on Miami’s FOX affiliate for an interview in December 2019. (Spoiler alert: It didn’t make me famous). But it granted me a format (video) and an audience to whom I could tell my story and the story of my father.

Roughly 30 million people have taken a mail-order DNA test, just like I had. Selfishly, I’d wanted to build an audience for my writing out of the story’s shock value. Frankly, I felt like I’d earned the right. And while the therapy of writing, and the literal therapy of sitting in my therapist’s office, had both rendered me ’emotionally healthy,’ I still jumped at the chance to do it for TV.

Because I know I’m not the only one dealing with this. Most DNA test results likely yield expected results. But you don’t need to be a mathematician to figure out that if even 1 percent of results aren’t expected, there’d be 3 million people impacted, and countless others in their extended families as a result.

Part of me wanted others to know that despite the shock and deceptions that might’ve brought them this far, they could look at me and say “well, he’s doing okay — and that gives me hope that I can too.”

I don’t know if it had that impact. I received four messages in total from strangers who shared anecdotes of their own stories. One in particular, though, wanted to ask me more questions for a high school research project called “Social Parent vs. Donor Parent.”

Her message included language I’d never seen or heard prior to that — “social parent.” The implication being, of course, that there’s another kind of parent that doesn’t require a modifier before it. “Parent” comes to mind, or in the specific example she gave me, “Donor Parent.”

I was touched that she reached out to interview me. I was also aware of the pragmatism of needing enough people from a subset of statistical anomalies, and finding one on TV. And yet, I was immediately unsettled by the term “social parent.” Maybe I wasn’t as healed as I thought. 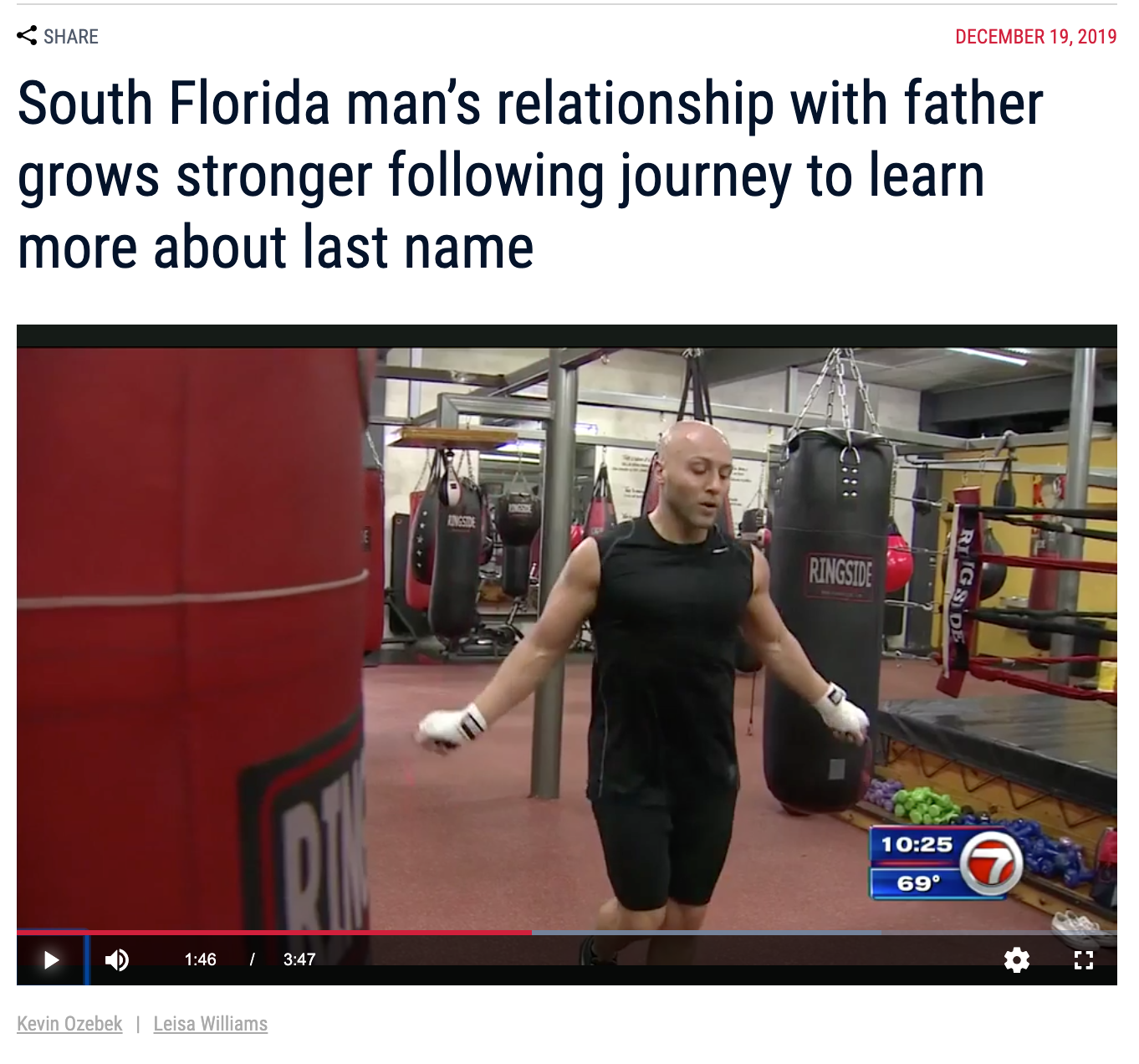 In boxing, one of the most difficult punches to hide the pain from is a body shot. Watch any fighter receive a left hook to the liver, and their elbow will reflexively fly back to cover the spot that it landed. It hurts. That’s exactly how I reacted to the term social parent, because I reacted to it involuntarily and it stung.

The reality is that when you lose your biological connection to the man who raised you, or learn that you never had it, you no longer have the same claim to him that you once did, and vice versa. And that can be true even if your relationship stays the same. Or in my case, actually got better.

And that sucks. It’s this vengeful, persistent truth. A total stranger — my “donor parent” — has more than just a technical claim to me. Half of my DNA is his. The fact that my social father helped build the house that is me still required my donor father to pour the foundation. There is not one without the other.

Underneath that truth is my own truth. My social father — my father, my only father — could very well be okay with hearing about this other man who helped make his son. But the fact that it was kept a secret from me for close to 33 years means that even if that were true now, it wasn’t true for a very long time.

So I will spend the rest of my days protecting one man while very earnestly wondering about the other.

I have one father. I know exactly who he is, and his status as my dad will never be in question.

And yet, the fact that I am even writing these words, in this way, on a website I felt compelled to build, my soul on display — these are reminders that the compulsions and curiosities that are coded into me were at least half wired by a man I know nothing about except for what I know about myself.

That’s the world I, and others like me, must live in. Knowing two undeniable truths, seemingly in conflict, must live side by side.

That I can have a limitless, complete love for my one true father. And have boundless questions about the man whose DNA courses through my body.

I’m a product of both.