THE DEATH OF A SIBLING

HomeBlogTHE DEATH OF A SIBLING

In August this year, my brother CJ took his life.

It’s been five months, disorienting as that is to write. The permanence and the suddenness of it still defies words, and because words are how I make sense of the world, I’m still not sure how to digest the act of his suicide.

I’ve certainly thought about it. I wonder what he did that morning.

Maybe he hit the snooze once or twice. Ran the water in the bathroom sink to brush his teeth. Splashed some water on his face, rubbed the sleep from his eyes. Turned on the coffee maker, listened to its slow trickle, waited for the earthy, warm aromas to fill the air.

Maybe he did none of that.

Perhaps he ignored his morning rituals and waited until he was alone, to check off the last item he’d ever have on his to do list.

Not that it makes a difference. He’s gone. What mundanities filled his final morning won’t make sense of a decisive final act that defies reason. Nor will they color in all that came before it.

Our culture loathes the discussion of death so much that it has invented numerous euphemisms to rebadge it. Passed on, moved on, departed, and so on. Each term vaguer and more passive than the last.

But he is dead. He actively chose death. That is perhaps the only thing that is clear.

Some of the circumstances that precluded his death cast him in an unfavorable light; several are matters of public record. In writing this, I acknowledge my own use of euphemism — “unfavorable” — to gloss over the details. They are gruesome.

What he did and how he died defy another of our culture’s conventions in death. We aim to cast the departed in a positive light, illuminating the stories that help us see them with fondness and warmth. It doesn’t always work that way. Truth is binary, even when the truth seems contradictory, when it forces good and bad together.

So, we mourn because he died. Yet we wrestle with how. And maybe why.

One of the most redemptive, nourishing conversations I’ve had as an adult was with CJ. About three years ago. Prior to learning he was my half-brother, I’d opted to keep new sibling relationships on the shelf. I had my reasons, and even after learning that my newest half-sibling had been a classmate of mine, I held to them.

A confluence of events led us to a tense email exchange. His note to me was tinged in anger. He said he felt excluded, rejected, and vulnerable. And despite my well-intentioned reasons, his email hit me in the gut, because I knew he was right.

I replied to his note with an apology, an explanation, and an olive branch. To my delight, he accepted. And it gave way to a near-three-hour phone conversation. I remember much of it vividly, walking through the bedroom of my condo, standing on the balcony 32 floors up. Looking out and around, hearing his voice. Feeling both significant and small at the same time.

We talked through the hurt, the misunderstandings, and our unlikely connection (or reconnection). We talked about life. About mindset, ambition. Our goals, and the paths that we’d taken since we’d last seen each other as 11-year old’s. We cried together.

I felt humbled, filled, and emptied. I think he felt that way too. I know he felt heard and valued. And it brought the inexplicable feeling of familiarity that is and was perhaps always bound in blood. 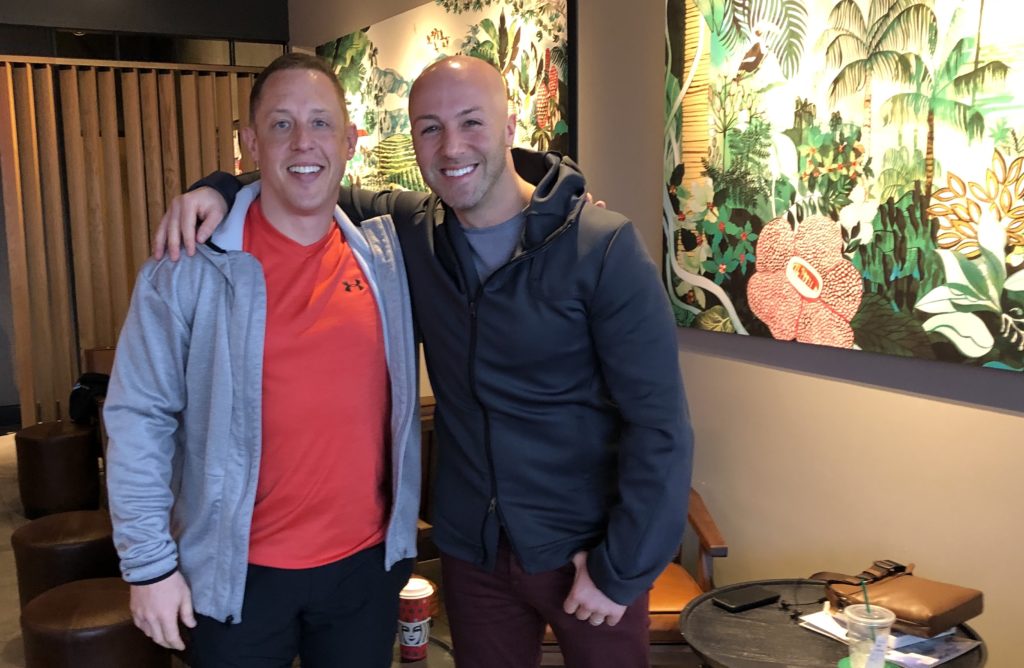 In some ways, it was logical to think of the voice on the other end of the line as one attached to a young boy. He had been one the last time I saw him, and his vulnerability evoked it too.

I actually saw CJ just two weeks prior to his death. He picked me up for lunch with a few of our newest half-siblings, and the car ride to and from the restaurant quickly took on the familiar, instant depth I had found with him years prior.

CJ was confident, self-assured, and I loved that as much as I was occasionally frustrated by it. At times it made for depth, at others it made for friction; I can’t proclaim we were always close or on the same page.

But when we were on the same page, he gave me direct, challenging advice in a way few people would or could.

I loved that he would shoot straight with me.

When he dropped me off after lunch that day, we’d made plans to practice our respective combat sports together the following week; jiu jitsu, his forte, and boxing, mine. And I was sure I’d work to have a report on my progress the next time we met.

But the day never came.

Years before, when CJ and I finally had our phone call to reconnect and share our first conversation as brothers, I understood that he wanted to be seen, to be understood, and to be loved. And he didn’t want to go through that season in his life alone.

In the absence of a tidy commentary on his life, perhaps that memory comes closest.

I just wish he’d found another way to say it.