A PILGRIMAGE FROM THE PYRENEES TO PATERNITY

HomeBlogA PILGRIMAGE FROM THE PYRENEES TO PATERNITY

[A Guest Post from Morgan] Sixteen pounds felt light when I boarded the plane for Spain in May 2017. My pack was efficiently organized with every essential item I would need for the hundred miles I would be traversing through the Pyrenees Mountains of France and into Logroño, Spain. It was my spirit that was heavy-laden with residual grief of losing my Dad coupled with fear and trepidation of my recently unfolding DNA entanglement.

El Camino Santiago was meant to be an escape. A life as full as mine often needs preplanned and scheduled reprieves. I have become a skilled master of compartmentalizing difficult emotions and tucking them away until their appointed processing session. I had reserved myself seven and a half days of walking overseas with the intention to “sort myself out.”

For the past two and a half months I had been corresponding with David Berry, a supposed first cousin, via Ancestry.com. We had become two accidental penpals deeply immersed in our own genetic game of Clue. 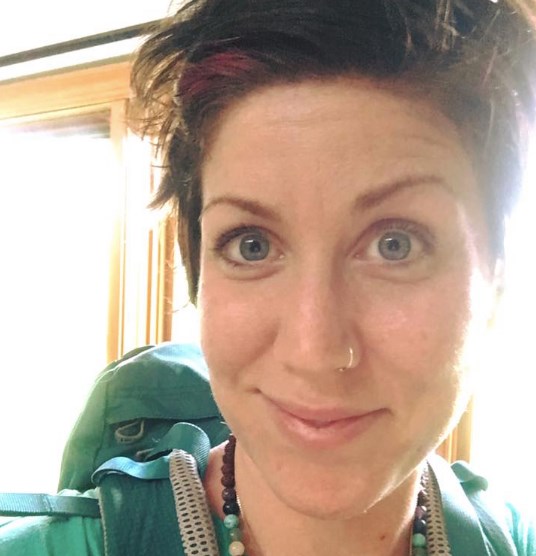 Both from Rochester, NY, David and I shared over 1,500 centimorgans which uncovered just three potential options. Ruling out myself as his grandmother narrowed it to two potential explanations: I was somehow his Aunt or his half sister. After a year of my genetics floating about the interweb with little return info, I had been abruptly derailed down an all consuming rabbit hole for truth.

Innumerable Google fueled family trees written on scraps of paper began to pile up on my countertop. I tried relentlessly to make the Aunt scenario work. The math just didn’t pan out. I chased every crazy idea that I could conjure up from his available family tree, combined with every tidbit of information I could glean from online searches. One fact just kept resurfacing: We are both half Jewish and therefore only one mathematical solution makes sense:

David Berry is my half-brother.

After spending the first 31 years of my life as an only child with many birthday wishes spent on wishing for a brother or sister, this news came with an unexpected painful weight. Our siblingship would make his Dad my biological father, but one of the initial emails explained that his father assured David that he never donated.

“He must have lied,” I told my husband. “How can I tell some guy I don’t even know that his father is my donor and he has been lying to him? What if his wife doesn’t know? I can’t just blow up these people’s lives.”

“Morgan, did you ever think that maybe David is also a donor kid?”

I was eight when my mother sat me down on the bed and told me my Daddy was not my biological father due to his paralysis. The reality of my conception and unknown genetics had been an integral part of my emotional development during my adolescent years and despite a few angsty teenage moments, I had always just been grateful that my parents were willing to go to such lengths to have me. But making it all the way to adulthood without knowing my origins seemed unreal, almost illogical.

And yet it was the only thing that made sense.

So I did the next logical thing: I fled the country.

There is something about the rhythm of walking that I have always found hypnotic. I was spending anywhere from six to eight hours of the day marching my way across an ancient pilgrimage toward Santiago de Compostela. I had arrived here is a peregrina, or pilgrim, and although this trail has deep religious roots, it was the overarching spiritual journey of it all that had me lacing up my Merrils every morning before dawn. Other travelers frequently walked with headphones, listening to whatever melodic beat would energize them through kilometers in the sweltering sun while their feet pulsed with blisters. Instead it was the sound of nothing that kept me going. It was as if every click of my walking sticks on the ground released some of the scrambled noise in my head lulling me into a quiet, still state of exhaustion every evening. 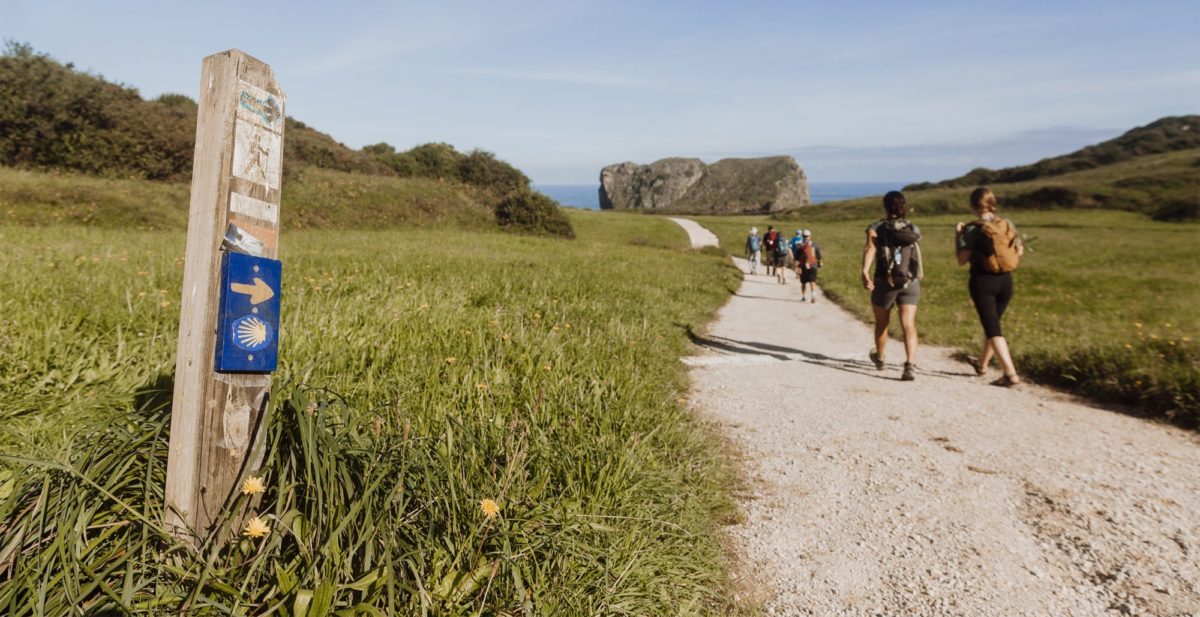 Frequently I found myself alone on the trail for lengthy periods of time, but it was always a joy to hit stride with a fellow peregrino and exchange the customary greeting of “Buen Camino!” Sometimes these exchanges would last for a moment, while other folks weaved in and out of my path for the duration of my journey. A small pack eventually formed my “Camino familia” and we took to sharing meals in the evening and tales of our lives from home along the trail.

The most liberating part of being over 3,000 miles away from home surrounded by strangers is that you can tell them anything. Within moments of meeting, and usually through a broken shared language, I would get the most raw answer to the question:

“What brought you to the Camino?”

For me, there was no clear answer to this, but instead a series of hard to digest experiences that led me to seeking some clarity.

My newly found companion and I, Ruth from South Africa, were trekking out together after a lovely shoeless lunch in the grass when she hit me with this question. I began with what had become my standard answer of recently coping with the loss of my father and needing some time to heal. But soon I found myself pouring all of my dilemma out on the path. I told her about David, and how I longed for a sibling, but how fearful I was to tell him my suspicious. Trepidation over hurting his family, outing his parents and their long held secrets for the selfish satisfaction of having a paternal relative seemed to be something I couldn’t justify. The only outcome I could foresee was to cut off communication.

Somewhere in the woods a couple of days later, I was back walking with only my thoughts when an answer came over me to a question I hadn’t recalled asking. If the Universe or a Higher Power brought me to taking that test and finding this man, who am I to say I know how it should go?

Every so often along the trail, blue and yellow arrows appeared to assure the pilgrims that we were on the right path. By then the weight of my pack had begun to weigh heavy on my shoulders causing a deep, burning ache in my muscles. No matter how the straps were adjusted, I could not arrive at a comfortable position for long. My feet were blistered and torn, covered with bandages and tape, yet my soul had begun to feel significantly lighter. By the last days of my journey I no longer feared what was coming next on the trail because I had come to trust that the brightly colored markers would appear when I needed them and guide me along my way.

All I needed to do was take the next step.

Back home was so muddled with sensory input that I frequently missed life’s own markers that were sent my way. Every potentially quiet moment was filled with music, podcasts or audiobooks. My hands no longer knew how to dangle patiently at my side without autopiloting themselves to my iPhone to scroll past a blur of images. How many of life’s arrows had I tuned right out?

With my aching feet up drinking a cafe con leche on my final day in Spain, the next right thing to do seemed obviously simple. David’s last message to me on Ancestry had included his email address saying “email from here on would be awesome.” I could do that. I can send an email and tell him about my trip, my family, and every nuance of my life. I can hold space. And he if has questions – that arrow will be up to him.

Upon returning home I crafted a message with the details of my trip, photos of myself, the views of Spain and my family. After reading it to my husband before clicking “send” he asked, “Do you think David is the type of guy that is just going to let this go?”